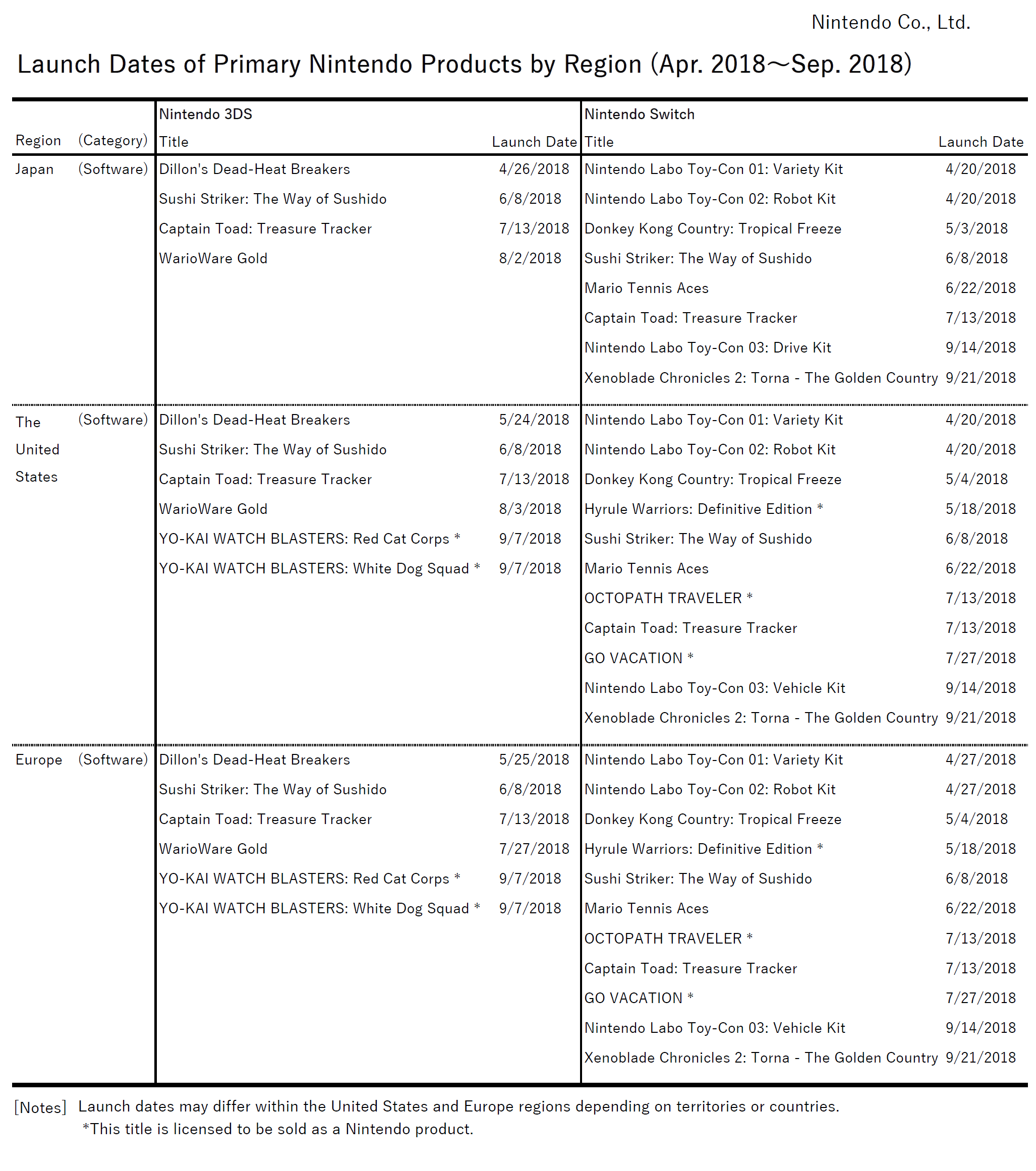 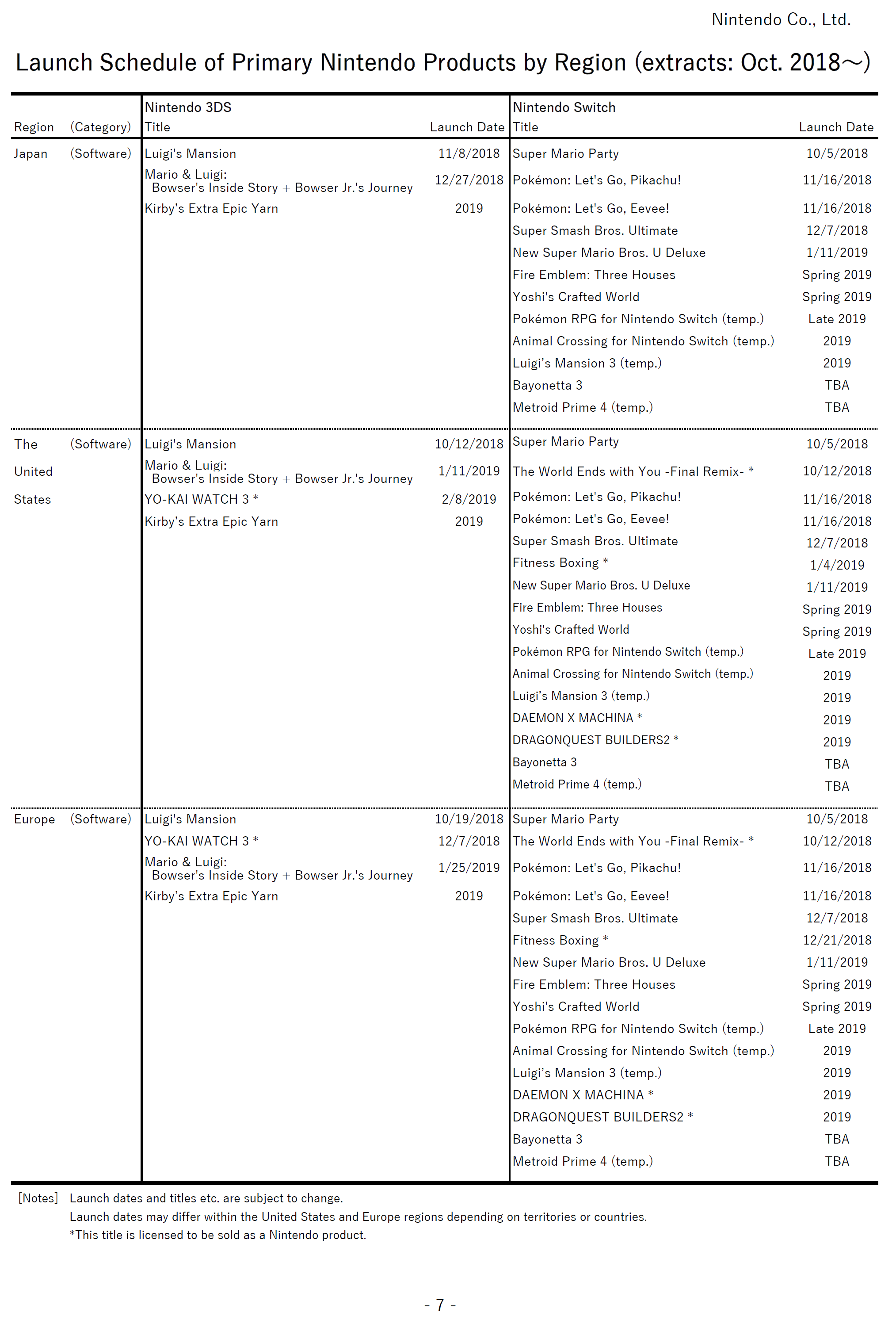 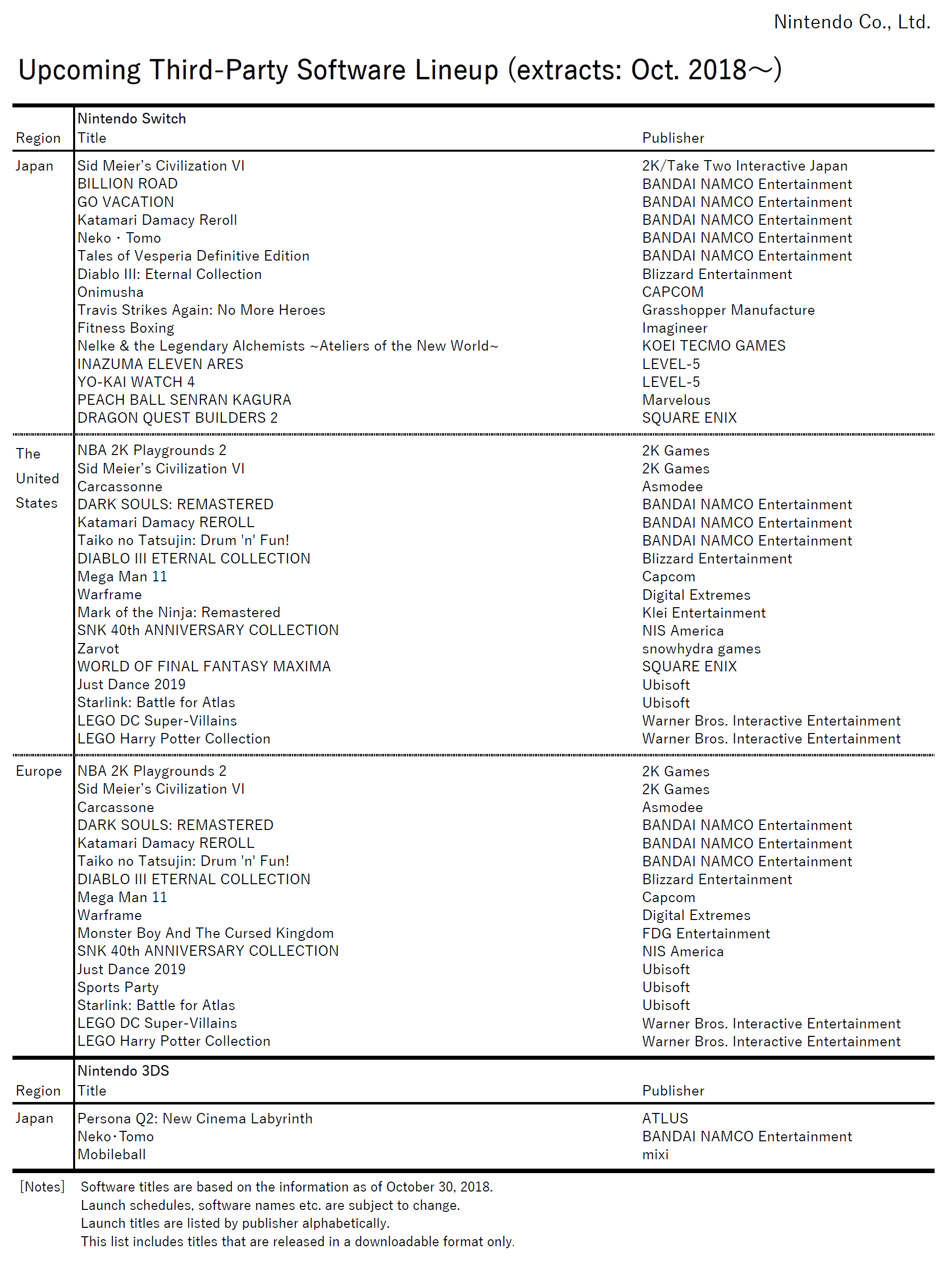 Nintendo has announced its financial results for the six month period ended September 30, 2018. We’ll be rounding up all of the important pieces of information from the report below.

For the six months ended September 30, 2018, Nintendo Switch hardware continued to be quite popular, reaching 5.07 million units sold (3.7% increase on a year-on-year basis). Software like Donkey Kong Country: Tropical Freeze sold 1.67 million units after its May release, and Mario Tennis Aces sold 2.16 million units after it was released in June. Sales of other popular titles that were released during previous fiscal years and titles released by other software publishers continued to grow, bringing the total number of millionseller titles during this period to 9, including the titles of other software publishers. The total software sales for Nintendo Switch reached 42.13 million units (91.3% increase on a year-on-year basis).

For smart devices, we have gotten off to a good start for Dragalia Lost, which we released to the delight of consumers all over Japan, the United States, Taiwan, Hong Kong, and Macao. Meanwhile, titles released before the start of this fiscal year like Super Mario Run, Fire Emblem Heroes, and Animal Crossing: Pocket Camp are each maintaining steady popularity, bringing our smart devices, IP related income to 18.7 billion yen (4.7% increase on a year-on-year basis).

There are no changes to the financial forecast for this fiscal year originally published on April 26, 2018.

On Nintendo Switch, Super Mario Party will be released in October, then Pokémon: Let’s Go! Pikachu/Let’s Go! Eevee will be released in November, simultaneously with the Poké Ball Plus accessory that expands the depth of play with this title. In December, Super Smash Bros. Ultimate will be released at the same time as amiibo for some characters who are appearing in the series as fighters for the first time. We aim to further accelerate the momentum of Nintendo Switch by continuing to introduce compelling new software in addition to the popular titles that already have been released.

For Nintendo 3DS, we will continue to leverage the platform’s rich software library and its hardware install base to further expand sales of evergreen titles.

In our smart-device business during this fiscal year, we plan to release the Mario Kart application for smart devices, Mario Kart Tour, while also focusing on service operations for the applications we have already released so that consumers can enjoy playing them for a long time.